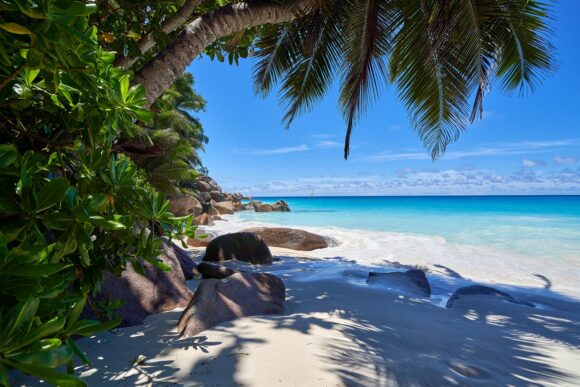 It was another best holiday that I can not forget. Those beautiful white beaches with soft sand, warm clean sea with lots of species, fascinating nature and views and of course friendly and kind people. I can’t forget about the unusual rocks at the beaches that make Seychelles so special.

There is so much to see and do in Seychelles. Whether snorkeling, diving, visiting different beaches, taking trips to various islands, walking through the forest, going to see the capital city, spending evenings at the hotel garden or night market, you can never be bored.

The Republic of Seychelles is an archipelagic island country in the Indian ocean, near east Africa and close to Madagascar. It consists of 115 islands, from which 45 are so-called inner islands where most of the population lives. The most popular are Mahe, where the capital city Victoria is located, Praslin and LaDigue. The population is about 98 thousand. Most of the locals are a mix of African, Asian and European. This mix is also seen in the food with lots of forms of French, African, Indian, and Chinese cuisine.

Seychelles used to belong under French and later English colonies. The country became independent in 1976. Nowadays it is one of two African countries with a high-income economy. The primary sector is tourism, followed by agriculture. The main exported products are processed fish, sweet potatoes, vanilla, coconuts, and cinnamon.

When is the best time to go– Seychelles has a stable and humid climate, falling under a tropical rainforest zone. Daily temperatures are between 24-30 degrees Celsius. The coolest months are July and August. The hottest is from December till April with the most precipitation. The best months are from May till November.

Visitors visa– There are no visas required. Upon arrival, you have to show a valid passport, return flight ticket, proof of accommodation, and enough money for your stay.

Vaccinations– are not mandatory, however, it is recommended to have the basic ones tetanus and hepatitis A and B. In case you are coming from Africa or countries with yellow fever, it is mandatory to have proof of your vaccination pass of this vaccine.

The country is very safe, but like anywhere else, it is not recommended to walk at night in rural areas.

Seychelles is a very natural place that has a lot to see. It is a country that protects a lot of species and many of them are under UNESCO. For example one of the islands is called Bird island and there are many kinds of birds and turtles that are endangered. This island is privately owned and high attention is paid to conservation.

You can see the big turtles everywhere on the islands. You can come next to them and stroke them. They were relocated from the Aldabra atoll. This atoll is under UNESCO and there are many protected species of crabs, seabirds, and plant species. There was also a movie made called Aldabra and it is about this giant turtle. Worthy to watch.

Everywhere on the islands, you can see a lot of lizards, birds, crabs, turtles. It is an amazing feeling to live so close to nature. And when you decide to dive, you can see even more under the sea. 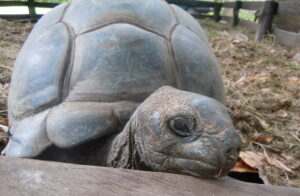 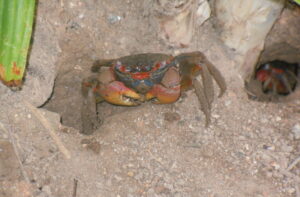 From the minute we were slowly landing at Mahe international airport, I felt I’m dreaming. When we came out of the airport, we went to our hotel; Berjaya Beau Vallon Bay Resort and Casino, which was right at the Beau Vallon Beach with a beautiful garden and a pool. The food in the hotel was delicious. I tried meals I have never eaten before like octopus curry. Most of the meals are made with coconut milk. I can also recommend lemongrass tea. Beau Vallon Beach is a very beautiful long beach where most of the hotels and tourists are. I loved the walks at the beach. On the way, you could buy fresh coconut water from people who cut the coconut right in front of you. 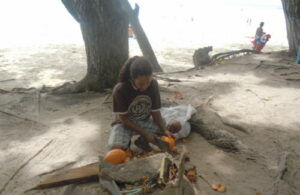 Felt so authentic like Robinson on the island. There are the typical Seychelle’s stones where we could take pictures and make you feel you are in the movie. Like many film stars who fell in love with this fairytale place, I did as well.

Right at the beach next to the hotel is a diving school, so I decided to go ahead and try it as I have never done it. 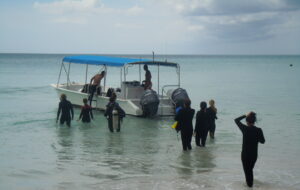 First I got some training in the shallow water and then we were heading with other people and the instructors and crew in the ocean. It was the most amazing feeling ever. We were about 10-14 meters under the water. We saw a lot of stunning corals and fish and different species there. Luckily no sharks. My aim was to see a turtle and it happened right in the end when we were slowly moving up. It was so magnificent swimming in front of us. I really recommend it. In case you are not feeling for diving, and you are staying on Praslin Island you can take this full-day tour with a snorkeling Cruise from Praslin Island to Curieuse Island.

Mahe island offers romantic beach holidays for couples with many white quiet beaches and crystal clear water.  We took a map and checked the buses and decided where we would go. We visited two or three totally empty beaches. There was no one. It was very nice to disappear from the tourist place to the quiet nature and absorb the energy. 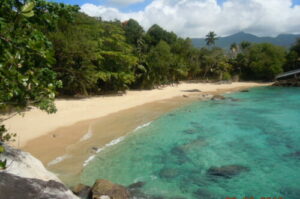 Also, we met local guys who took us to Sunset Beach, a smaller very romantic beach, where we could snorkel. 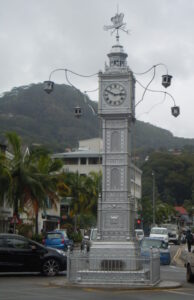 We did a little bit of hiking there. We went to Morne national park and walked through the forest to the tallest peak Morne Seychellois. The view from there was breathtaking. We could see the ocean and so many of the islands. We did also see carnivorous plants up there. I highly recommend this trip.

Besides Mahe island, we visited two of the most famous islands Praslin and LaDigue. It was a one-day trip to both islands. We went by boat called Catamaran. The sea was not very calm, so half of the people on the board were sick and vomiting. Therefore, if you are having even slight sickness in the car or bus, take pills for sickness. During our journey, we stopped at one pharmacy and our travel guide gave most of us these tablets. One guy was so sick that he couldn’t even continue the trip. Anyway, we came to Praslin and a bus took us to Vallee De Mai National Park where the famous palm trees with buttock-shaped coconuts grow. 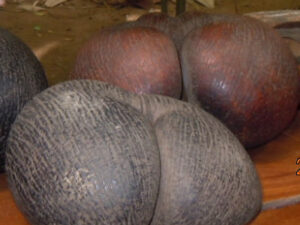 We stopped and swam at some beaches, fed turtles, and headed to LaDigue by catamaran again.

LaDigue is a very authentic island. We had lunch there in one restaurant, we saw a vanilla plantation and the process of making coconut oil. We were walking among the typical rocks and stopped by at some small white beaches. By luck, we saw a couple taking wedding pictures; how romantic.

Why is Seychelles one of my top destinations

It is like a fairy tale. The time stopped for a while, people are calm, friendly, smiley, no one is rushing and stressing. There is no need for materialistic things. Bikini, sun cream, sunglasses, flip-flops, and some light clothes. Life is at the beach, at nature, you feel you are connected to mother earth. Soft white beaches with stones, palm trees and different species around you, evenings with light sea breeze and music with some drums take you to a different world. This place is the right choice for a honeymoon, wedding, or romantic beach holidays for couples. 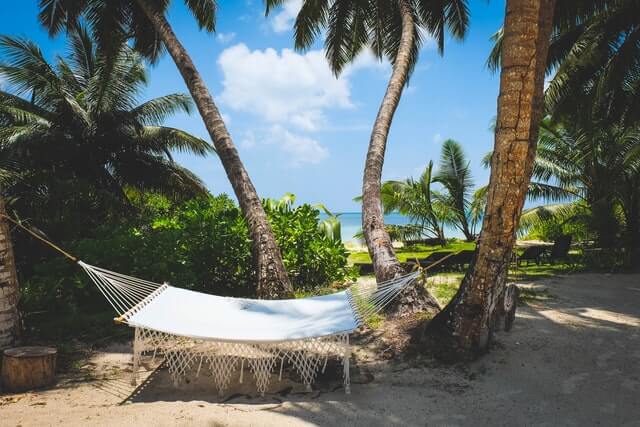 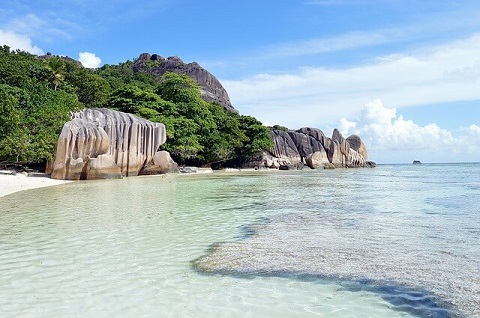 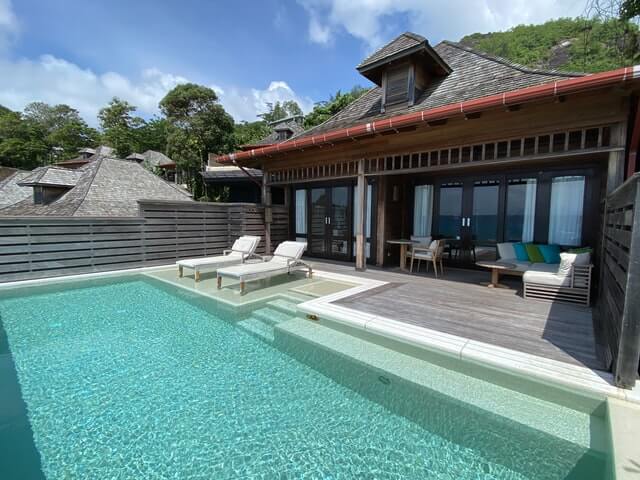 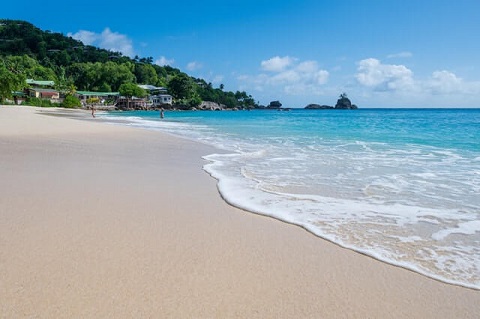 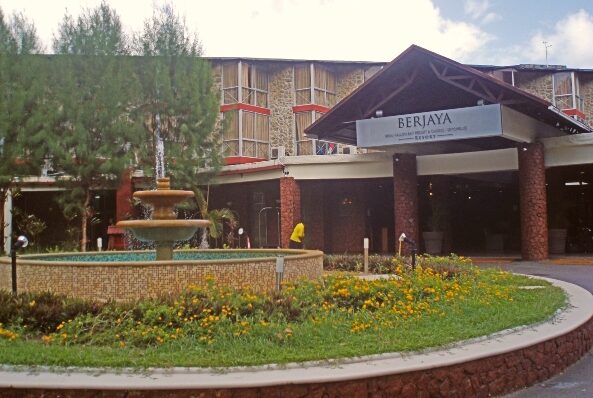 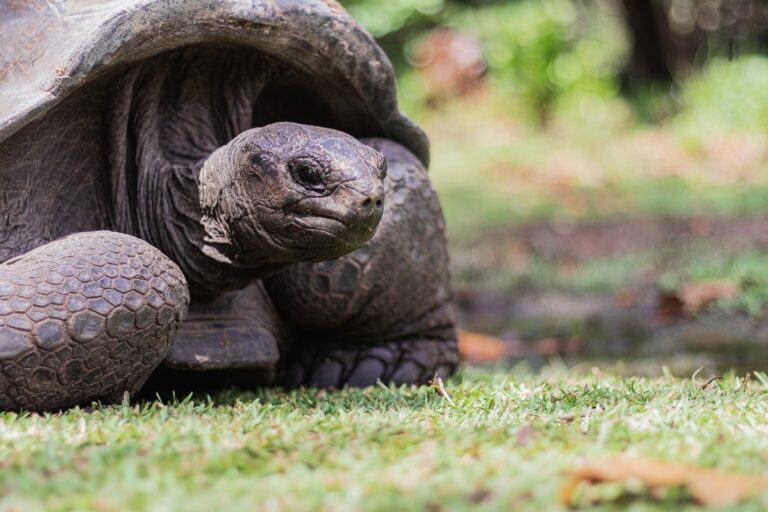