Dubai, city of gold, a city of fashion, a city of abundance, of glamour, a city of architecture, and a city of the future. These all and much more is Dubai. A city that grew up from the desert to the top in the world. And to the top literally with the Burj Khalifa, which is the tallest building in the world and the view from the top is spectacular. Not only the Burj Khalifa but also Dubai Mall, the biggest shopping mall in the world, Burj Al Arab, the most luxurious 5* hotel, which was described by the press as a 7* hotel, and many more. 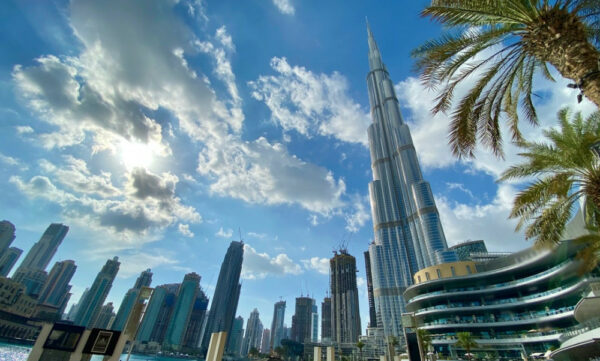 How Dubai grew up by the time

Dubai is one of the seven Emirates of the UAE-United Arab Emirates. Dubai started as a fisher village in the 18th century. That time it was basically a desert. 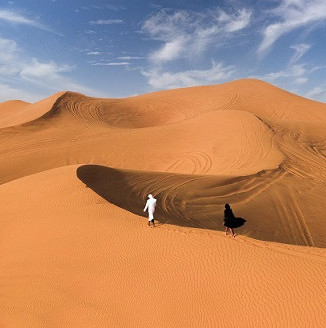 In the 20th century, Dubai became an important port for ships and transportation. In 1958 the ruler of Dubai made an important decision and started to build infrastructure, private companies were settled here and also the first hotel was built. The new airport for international flights started in 1970. At that time Dubai was the center of the gold trade, later oil was detected. On the 2nd of December 1971, the Union Act was signed by rulers of Dubai, Abu Dhabi, Sharjah, Ajman, Umm Al-Quwain, and Fujairah. Ras Al Khaimah joined them later on.

The 2nd of December is a very important day, it is a National Day in the UAE and there are big celebrations every year. This year in 2021 will be the 50th anniversary of the UAE. It is unbelievable what they have achieved in such a short time and they are still growing, innovating, and developing. Actually, they achieved it many years ago, but as time passes they are getting better and larger.

Information for your journey

Religion– Islam, However, there is freedom of religion, therefore you can find Christian churches there too. People living there are also Christians, Buddhists, Hindu.

Visa– depends on the nationality. Some need a visa, some do not. Please check the official website for a UAE visa.

Vaccinations– There is no vaccination mandatory except yellow fever in case you are coming from the country with the existence of yellow fever. However basic vaccines like tetanus and hepatitis A and B are recommended.

When is the best time to go-Dubai has a hot desert climate and is very humid. There is only summer and summer. No winter. Therefore, the weather can’t really destroy your holiday here. However, it is very hot here. The hottest months are July and August with about 50 degrees Celsius. Therefore, avoid these months for visits and also half of the previous and next months. People are just moving from one air-conditioned place to another. Mostly staying inside. The best time to visit is from mid-September until mid-June. If you prefer cooler times, then from December till March is the best time for you.

Alcohol law– as Dubai is a Muslim country, alcohol consumption is regulated here. It can be served and consumed only in the hotels, clubs, and bars which are licensed to sell alcohol. People who would like to buy alcohol for a home must have obtained a license to do so. However, the law was lowered recently and tourists can also buy alcohol from these shops.

Rules– be aware that there are strict rules in Dubai and the whole UAE. Breaching of the rules can cause you fines or even imprisonment. Here are some of them. No drinking alcohol on the street, no drinking and driving, no eating, drinking, or chewing gum in public transportation, no homosexual acts, no denigration of country or government, no drugs. Also, sending threatening messages to someone is illegal and can cause you problems. Because of these rules the country is one of the tops for the lowest crime in the world.

Dress code-by tradition women wear an abaya (long robe) and hijab (covering hair), locals in black color, otherwise any other color. Men wear dishdasha (robes in white color). Some of them also cover their heads. Normally people dress in modern clothes like everywhere else, however with respect to the culture, not too much skin should be shown, except beaches, clubs, and bars. (meaning shorts and dresses are allowed to wear anywhere, also bikini at the beach)

The most important things about Dubai

Dubai is a cosmopolitan city focusing on tourism and hospitality, but also on real estate and transportation. As I mentioned earlier, the first international airport started to operate in 1970. 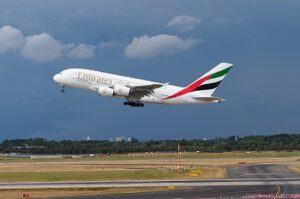 Today it is the number one busiest airport for international passengers in the world and hub for Emirates airlines. I highlighted est for purpose as there will be more of them. Hence, the name of the article is from desert to the top. Dubai must be top in everything they do.

Dubai can be divided into two parts. The old town, called Deira, and the new town. These parts are also separated by Dubai Creek, a seawater creek on which you can take a lovely cruise on the boat.

Deira, the old town, has traditional Arab architecture. It is not as clean and luxurious as the new town. You can visit Gold and Spice souk, museums, Heritage House, and Deira shopping mall. 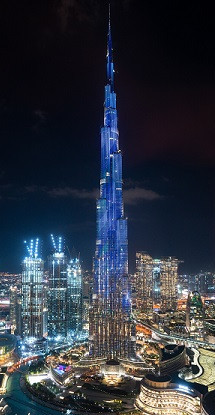 The new city is very modern, clean, and shiny. There are a lot of skyscrapers, international companies, shopping malls, beautiful beaches and a lot of sightseeing. The first one is Burj Khalifa, the tallest building in the world. You can go to the top to see the fabulous view. Another one is Dubai Mall, the biggest shopping center in the world. There is even an ice rink for ice-skating inside. In front of the mall is the singing fountain, which is one of the largest in the world, but now they have built the tallest fountain in Palm Jumeirah. Another big shopping center is the Mall of the Emirates, where you can find Ski Dubai there. Closed area with real snow, and chairlift for skiing.  Also the most luxurious hotel Burj Al Arab is located here on Umm Suqeim beach.

Palm Jumeirah is a man-made island on the sea in the shape of a palm tree. There is a hotel Atlantis, blocks of flats, and villas. Beautiful beaches like JBR at JBR-Jumeirah Beach residence and close here is Dubai Marina with a Marina mall, walk promenade, restaurants, and cafes along the river where you can see parking yachts; Kite Beach, Jumeirah Beach, Umm Suqeim Beach, and others.

Another amazing thing is water parks with awesome slides. Wild Wadi is next to Burj Al Arab and Aquaventure Waterpark In Atlantis hotel where you can even swim with dolphins. The newest thing I read about is the deepest pool in Dubai. Looks amazing even on the video.

I’m sure you heard about EXPO 2020. Unsurprisingly Dubai won the competition, however, due to Covid-19, it was moved to 2021, starting in October. There is plenty of time to book your trip and explore the pavilions there.

My connection to Dubai

The first time I went to Dubai was in 2011 and since that time I went there several more times as I totally fell in love with this city. Mostly because there is no winter, that I really can’t stand and I love the hot, sunny places with beaches and sea, secondly because it is a multicultural city with a lot of nationalities, thirdly it is a very clean city, you can almost eat from the floor, no homeless, drunks and drug addicts and that takes me to the fourth point and it is safety. I really wanted to move there and started to look for work, but after being here several times, I realized that not everything that shines is gold, so I prefer to come here for holidays only. Anyway, let me tell you a little bit about my trips.

The first time I came, I didn’t know what to expect, I thought that as a Muslim country it will be very closed and I was thinking about what kind of clothes should I take with me. I was pleasantly surprised that Dubai is very open and I could freely wear my ordinary clothes. The first time I did mostly sightseeing all the important sights and stayed at the beach most of the time. Also, we used hop-on, hop-off bus, which also could be purchased for Abu Dhabi. 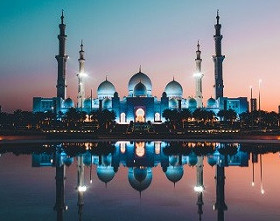 We used it as well and visited Sheikh Zayed Grand Mosque, the largest mosque in the UAE. In Dubai, we went on a Dubai creek cruise, visited Deira, went to some nightclubs, and to the desert for a Desert safari. During my other visits, when I knew the city already, I visited different places, which I will tell you in detail in my next article as there is always something new there to see and do and can’t be done in one time.

However, I would also like to give you advice on where to stay when you come here. You can choose a hotel or Airbnb, I used both. It Depends on what you prefer. Definitely stay in the new city. If you love to stay at the beach, swim, and tan, choose JBR or Palm island. Also, Marina is very good as you have a food shop, mall, restaurants, and cafes around, but it is a few minutes walk to the beach. Not a big deal though.

The first time I came I stayed in the Pullman hotel, which is connected to Emirates mall, so you just take a lift and you are in the mall and from the mall you can take a metro. It is a good central location, but to the beach, you have to take a hotel shuttle or taxi. The hotel was re-branded and it is called Sheraton Mall of the Emirates hotel. Other times I stayed around Dubai Marina.

A holiday destination for everyone

Dubai is a great example of how to rise from the ground to the top or from the desert to the top and attract tourists, companies, and investors. Dubai is an amazing destination for everyone. Whether couples who want romantic beach holidays or families with children of any age as there are so many things to do for kids. Moreover, I can’t forget about the elderly who can come to relax and see a little bit of the luxury here. Dubai is also a destination for celebrities from all over the world, who are spending their vacations here. I’m glad I visited this place on my first and many more times and I will definitely visit it in the future. If you are curious about something or you need advice, please let me know in the comments below. 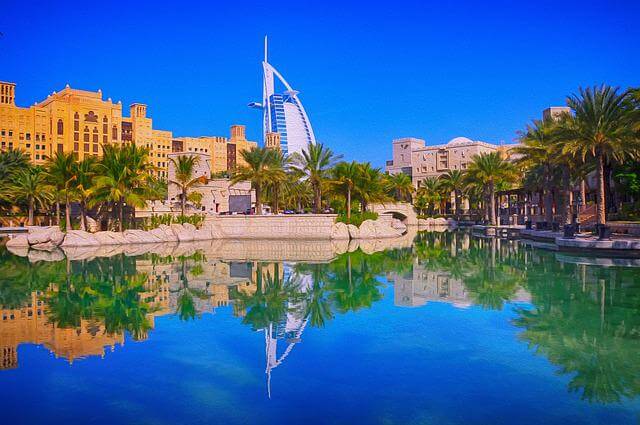 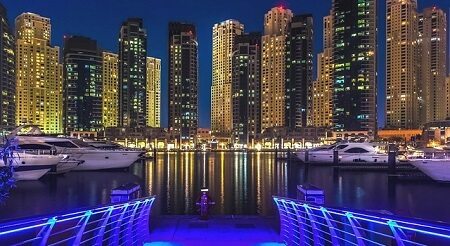 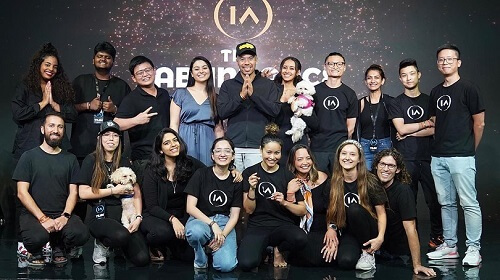 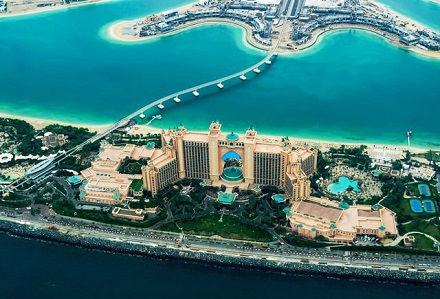