There are many cities in the world that can be called the city of life. Based on my experience, Bangkok is the city of life. Everything and everybody is moving all the time; lights, cars, motorbikes, tuk-tuks, ships, people, you hear music, you hear klaxon, you hear laughing, shouting, you smell food, fish and mostly smog. When you visit the city, you can not be bored. There is so much to see and do here and the time is running so fast. You can visit a lot of Buddhist Temples, shops, restaurants, bars, cabaret shows, a floating market, go on different excursions and trips.

We had only two days to try to see most of it and we definitely did and enjoyed it to the fullest. Let me tell you all about it. 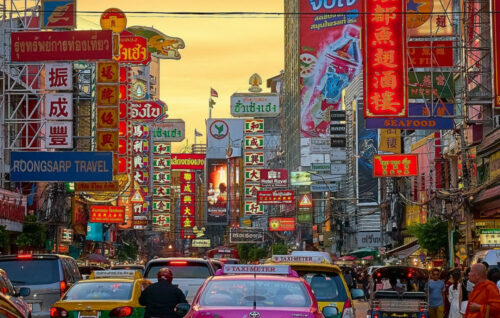 How to get back to the hotel

The first day we arrived from Phuket to Bangkok, we checked in our hotel and started to explore. We used a plane, however, if you prefer ground transportation, you can use Bookaway service, which provides bus, ferry, or train transportation all over Thailand. We had about half a day, so we went to see a big open-air mall on a riverfront. The place is called Asiatique. There are a lot of shops, bars, and restaurants on the riverside, where you can enjoy the time, view and take some pictures. 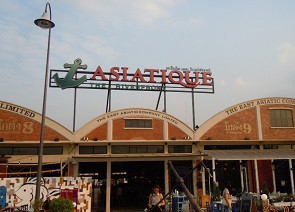 We stayed on the other side of Bangkok, so we took a ship as public transportation and traveled all the way on the river to this mall. It was worthy. We looked around the shops, took some pictures and had dinner there. The atmosphere was so pleasant and relaxing that we completely forgot the time. Suddenly we realized that it is dark already and we should go. When we came to the deck, we found out there were no more ships. They stopped at a certain time. Ups! What shall we do now? We were told that there were some buses going. So we went to check, but everything was very chaotic and no one really knew what time it would go. It was busy, and there were a lot of traffic jams. Bangkok is not only the city of life but also the city of tuk-tuks. Many of them offered their service, but they were asking too much as we were on the other side of the city. Luckily we managed to agree on a good price with one guy. It was a long journey on tuk-tuk breathing the smog, but an unforgettable experience seeing the city at night. We arrived safely at our hotel and slept well to get ready for our next morning sightseeing.

A day for temples

The reason why we came to Bangkok was because of all these magnificent temples and statues of Buddha. I was always interested in Buddhism, what they stand for, what they do, and their relaxing and calm approach to life. So we took a tuk-tuk and went to see the most famous temples and tourist sights. We had only one day for it. We visited the Grand Palace, Temple of the Emerald Buddha-Wat Phra, Wat Pho, and Wat Arun. All of them were very fascinating. Everything was so golden, shiny, and huge. Different statues, turrets, and many more. In Wat Pho, there is a huge statue of a reclining Buddha. 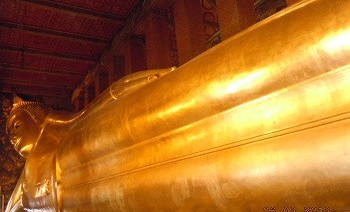 This Temple is the oldest and the most important temple in Thailand. When we entered the temples or went anywhere inside, we had to take our shoes off. There were so many pairs of shoes that I was wondering whether I would find mine once we came out. But it was no problem. One important thing. To go to any of these temples, you should have covered your knees and shoulders. However, those who didn’t have could rent some piece of textile there to cover themselves. Otherwise, you were not allowed to enter. We managed to take a picture with the Buddhist monks. That was an amazing experience. I feel such peace from these people. We spent there the whole day and we had our last evening in Bangkok before our flight back home. 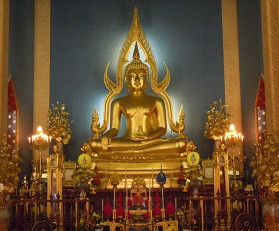 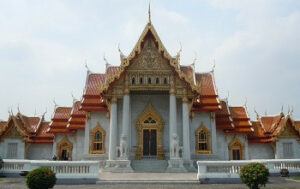 City of life at night

After spending the whole day sightseeing, we went to see the Bangkok streets at night. We really want to absorb the real Bangkok, the culture, and the life there. 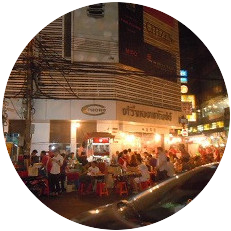 The streets were fully packed with cars, bikes, motorbikes, tuk-tuks, people walking or selling food, or even eating on the side of the streets at the tables. 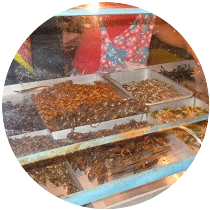 Even though it was dark, there were so many lights everywhere. We were just walking on a busy street with souvenir shops and food. There were different grilled foods, Thai food, fresh juices, and of course insects. We had some small snacks there and juice but didn’t have the courage to try insects. No way. 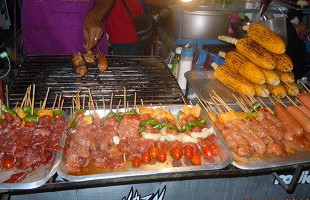 Is it worth visiting Bangkok?

Definitely yes. Actually, I wish we had more time to spend there. Even though we saw all the fascinating temples, experienced the real life of the city, we definitely could have spent some more time there. I regret that I didn’t go to the floating market. Apparently, it is an awesome experience. But as I said, time is running so fast there. So don’t wait and go to see the amazing city. You won’t regret it. 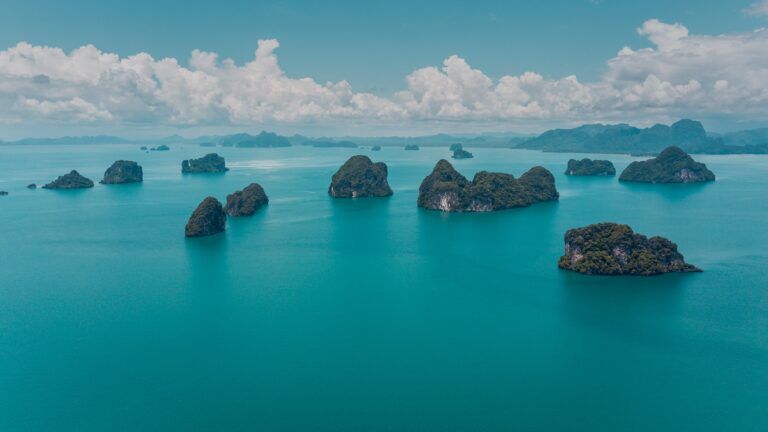